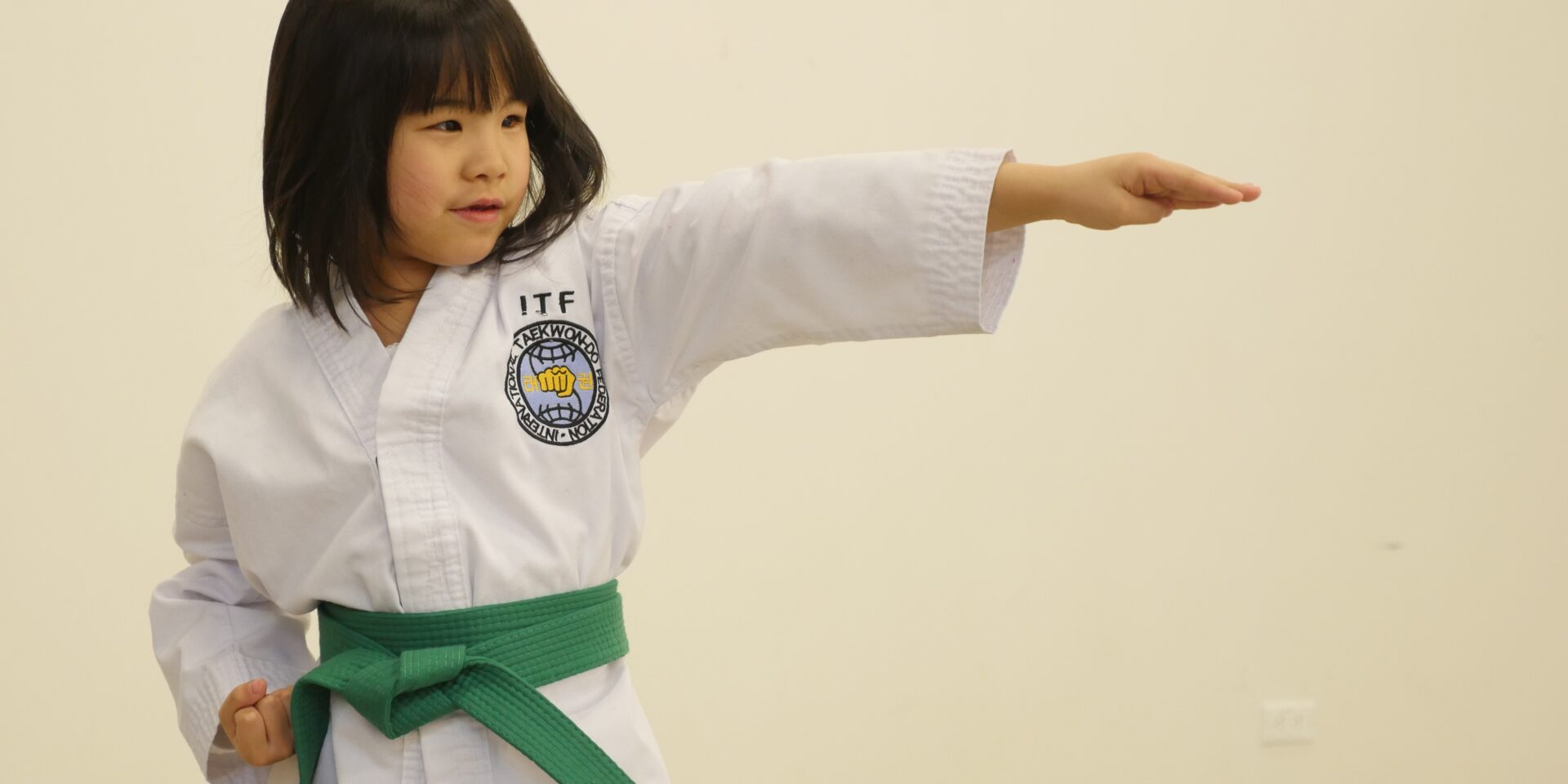 Eugene’s daughter has been enrolled in Taekwondo class at 105 Gibson Centre for a year. She expressed interest in learning Taekwondo at the age of four. When asked why she loves Taekwondo, she replied: “I like Superman.”

Eugene’s daughter is one of the few girls in class, and some boys have the perception that boys are better than girls. Eugene believes that his daughter can learn about the concept of equality in class, and that through hard work, she can have outstanding performance regardless of gender. Also in a formal, uniformed, ordered learning environment, his daughter can have greater awareness of discipline and obedience to authoritative figures. He finds it easier to remind her of appropriate attitude in daily life by referencing her class experience.

Eugene’s daughter is now six years old. He recalls one of the emotional challenges when his daughter first started Taekwondo. His daughter was younger at the time and was so drained after school. Occasionally she would whine and refuse to attend class. As parents, we encourage our children not to give up and they need to persist. This includes often working through the child’s grumpiness. Steadfast and unflagging encouragement is crucial in supporting your child’s learning.