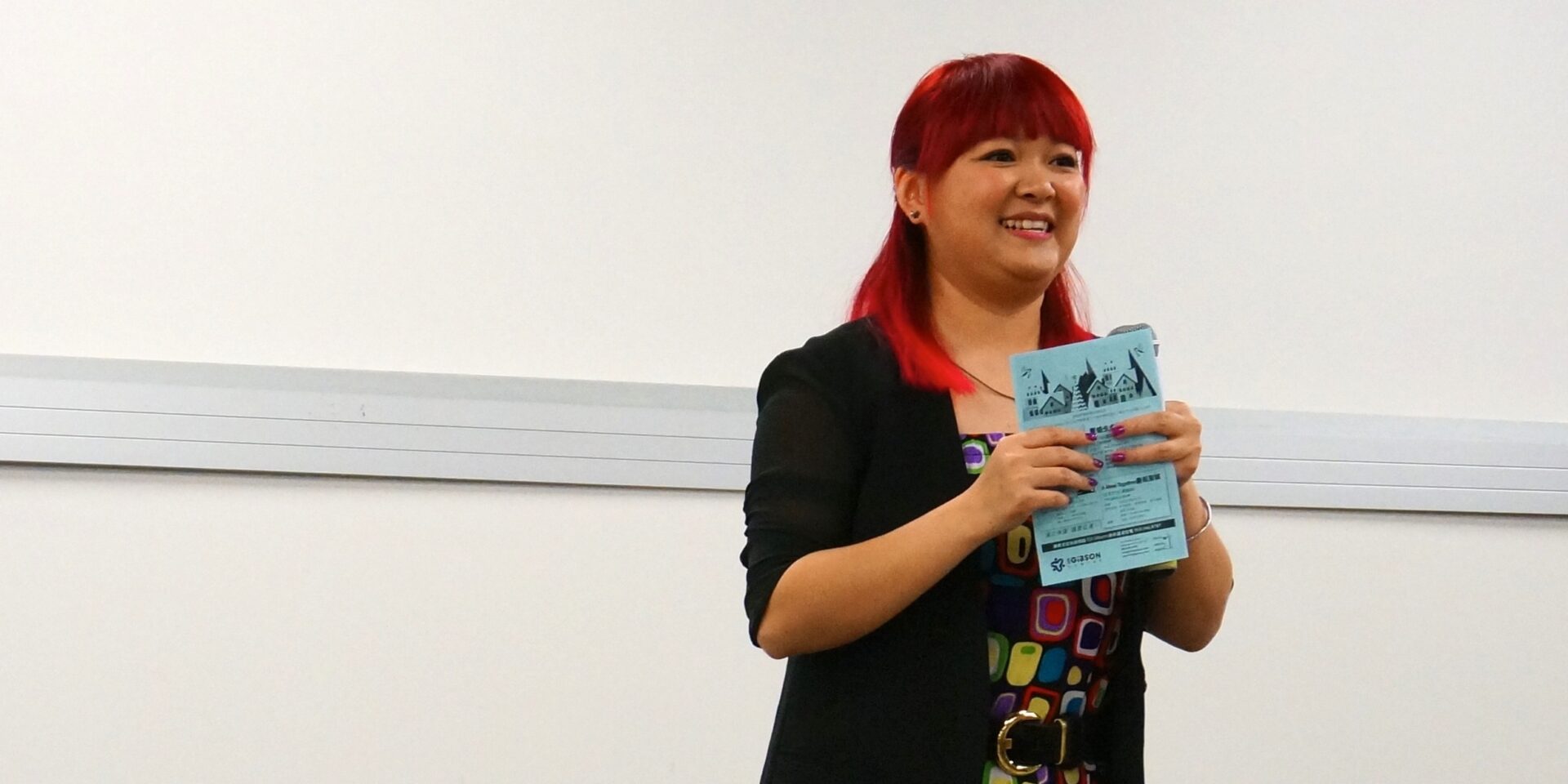 Popular Hong Kong singer June transitioned her career focus in 2016 to teach singing and became a teacher at 105 Gibson Centre in 2017. In her teaching, she realized many people lacked self-confidence. With the hope to build students’ self-confidence, she also advocates the teaching ideals of mutual encouragement and support, and communal progress and growth.

June’s students are very diverse in age, ranging from 5-year-old children to 70-year-old adults. Teaching methods are different dependent on the student’s physiological capacity and mentality. Younger students generally fear less and have the courage to try, but they have to work hard in diction and word recognition. Older students are more concerned about their repute, and need more time to overcome psychological barriers and change poor singing habits.

As a teacher at the Centre, June has the opportunity to understand the Centre’s services and mission. She believes it is her role to give back to the community. The idea of a fundraising concert came to mind in 2017 when she learned of the Centre’s fundraising needs for the Phase 2 expansion. A second fundraising concert was held last November and now plans this to become an annual fundraising project. The preparation for this year’s concert has started and we are looking forward with great anticipation!