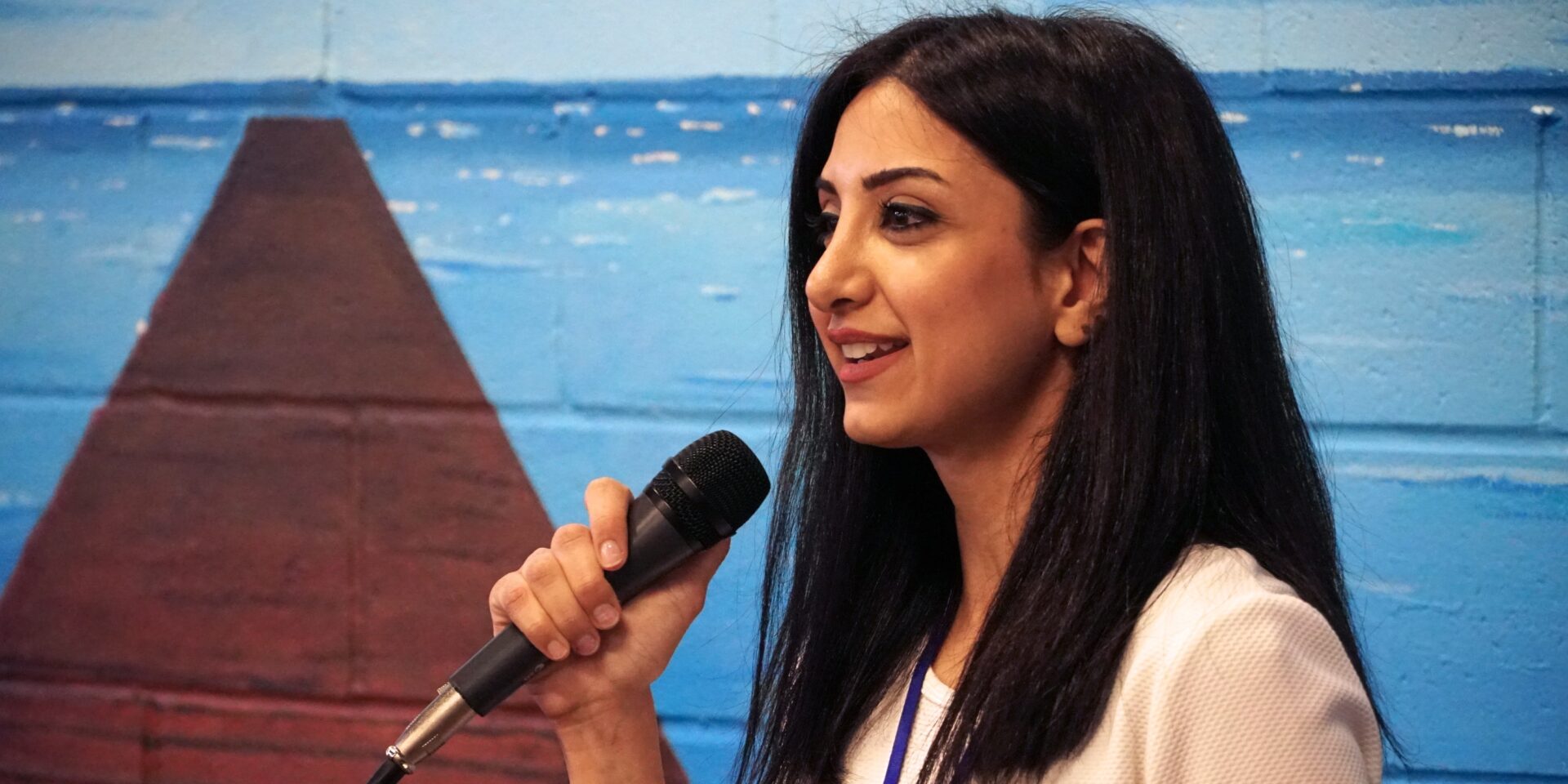 Arriving in Canada as a refugee from war-torn Syria four years ago, Jenny was eager for a new adventure here but cultural, financial and linguistic barriers hindered her family to housing, food and education. However her greatest concern was her two young daughters who longed to see their friends in Syria. They could not adjust to school or make new friends in the first few months.

Her husband Aris found out about the 105 Gibson Food Bank and soon after their first visit, Jenny received an email from the Food Bank Manager Lok Ping as she followed up to see if they had other needs to be addressed. This surprised Jenny as other food banks do not take this follow up measure with their clients. She felt appreciative that the 105 Gibson staff and volunteers genuinely cared for them as a friend.

In 2018, Jenny enrolled in the Social Services program at a local college and also started working part-time at 105 Gibson to assist with calling Arabic-speaking clients. Because of her past experience as a refugee, she is sensitive and can personally relate to new comers’ needs. Gradually her duties expanded to include translating flyers into Arabic, maintaining weekly visit statistics and assisting Lok Ping during new clients’ initial in-take interview. She also attended the Citizenship Preparation class and Friendship Kitchen with the clients so she could gain some experience teaching as well. On days when a WoodGreen Community Services settlement worker was here, she would shadow her and learn how to assist clients in coordinating social services. Jenny aspires to becoming a settlement worker and what better way to practice what she learns at the Centre!

Most recently, Jenny led the planning and execution of the Arabian Cultural Night in August which promoted the Arabic culture to the non-Arabic community. She learned to take responsibility and gave her much joy in sharing her culture with others.

Today, Jenny affectionately calls 105 Gibson her second home, where she is warmly welcomed, deeply cared for, and positively contribute towards a friendly environment for other new comers whose past mirrors hers. Most importantly, she is being a strong role model for her daughters to persevere and be strong in a country that means peace, safety and happiness for them all.