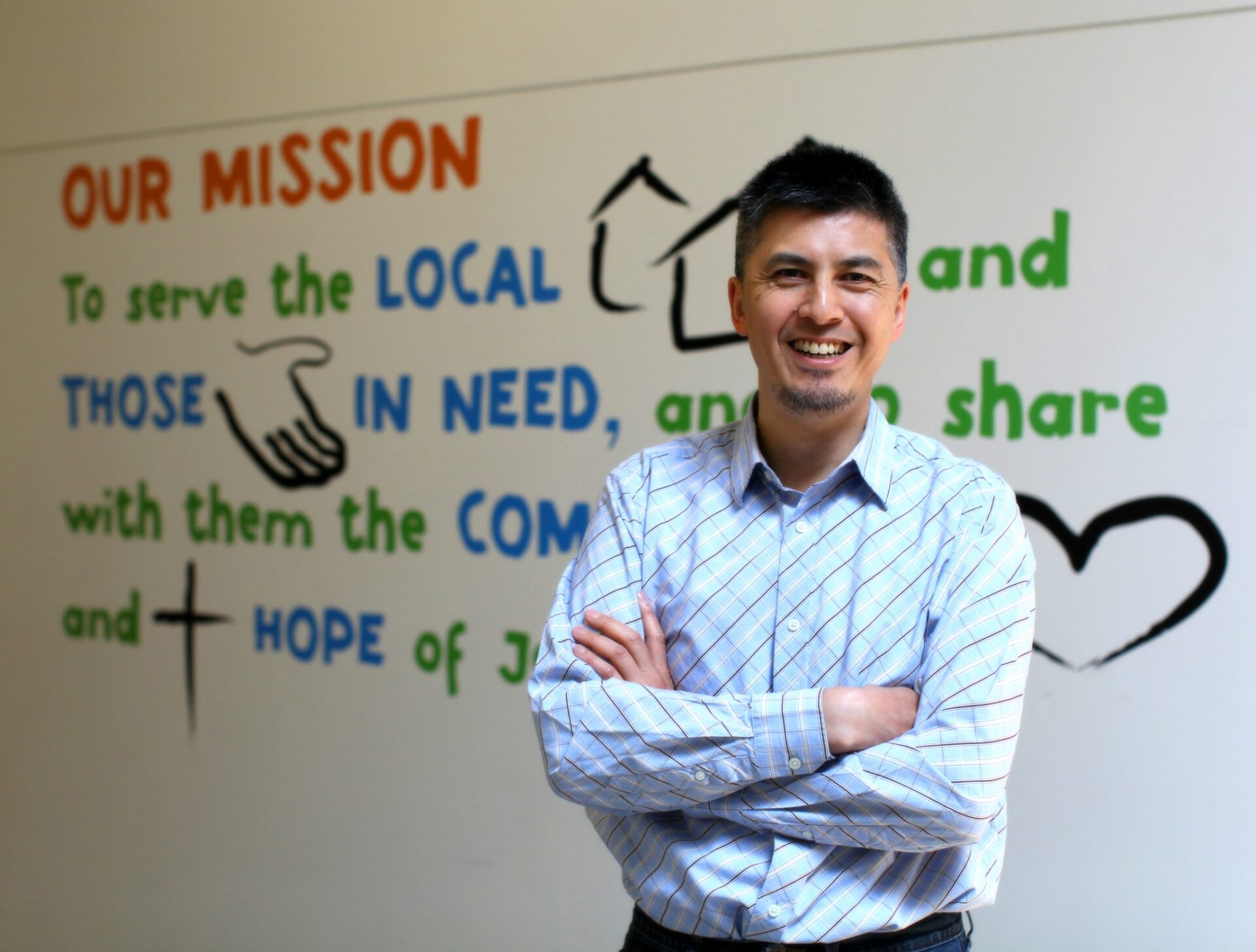 Greetings from our new Executive Director


We are pleased to announce the appointment of Pastor Raymond Lee as our new Executive Director, effective July 1, 2019. Ray succeeds former General Director Reverend Jonathan Chan in this role.

Ray graduated with a Computer Engineering Degree but ultimately it is transforming people’s lives that drew him to a different path after working in the computer field for 20 years. “I am interested and passionate about connecting with people, whether they are going through good times or facing challenges in their lives, and walking that life journey with them. It creates a unique experience that makes building relationship so much more meaningful and impactful.”

Just this May, Ray graduated from Tyndale University and College with a Masters of Divinity in Counselling. But his journey of walking alongside others goes back for more than a decade. He had served in various roles in his home church, including being a pastoral care team member and mentoring youth and adults. He had also worked at Youth Unlimited as Director of Light Patrol and ministered to homeless and at-risk youth in Toronto through outreach activities and one-on-one mentoring that assisted them to leave the streets. “These experiences are precious as they prepared my heart to be tender towards people and be patient to walk with those in need.”

Ray joined the Centre in the fall of 2016 as a food bank volunteer, and eventually in January 2018 as Community Services Manager, overseeing major ministries including Community Classroom, the 105 Gibson Cultural Café and Community Needs (Food Bank, Thrift Store, Tax Clinic and Out of the Cold).

In this position where he had the opportunity to meet with the vulnerable in the community. “New immigrants from Syria trying to integrate into the Canadian society, low income families, the homeless and people who are struggling to make ends meet. You can see someone on the street who looks happy on the outside and yet you can’t imagine the struggles they are going through,” says Ray. “Very often their needs are hidden in the community and I am glad to be able to reach them in my capacity as Manager and now as Executive Director.”

Going forward, Ray’s first task is to fill several vacant positions and strengthen the staff team. On a longer term, he will be working with the Toronto Christian Community Church and different groups in completing the Phase 3 development, which will include a Christian Counselling service. While no date has been set for the launch, Chan had already begun discussion with service partners in his former role as General Director. Chan adds, “Phase 3 will take us to a conclusion of the plan set 10 years ago of providing holistic services to the community. With his experience and passion, Ray will be very capable in taking the development to completion. We look forward to that time when all 47,000 ft2 of the Centre is used to serve our neighbours.”

TCCC’s former Senior Pastor and Founder of 105 Gibson Centre, Reverend Harding Ng, has retired and is now the Consultant Pastor Emeritus while Chan has taken up the role of Senior Pastor as of July 1.