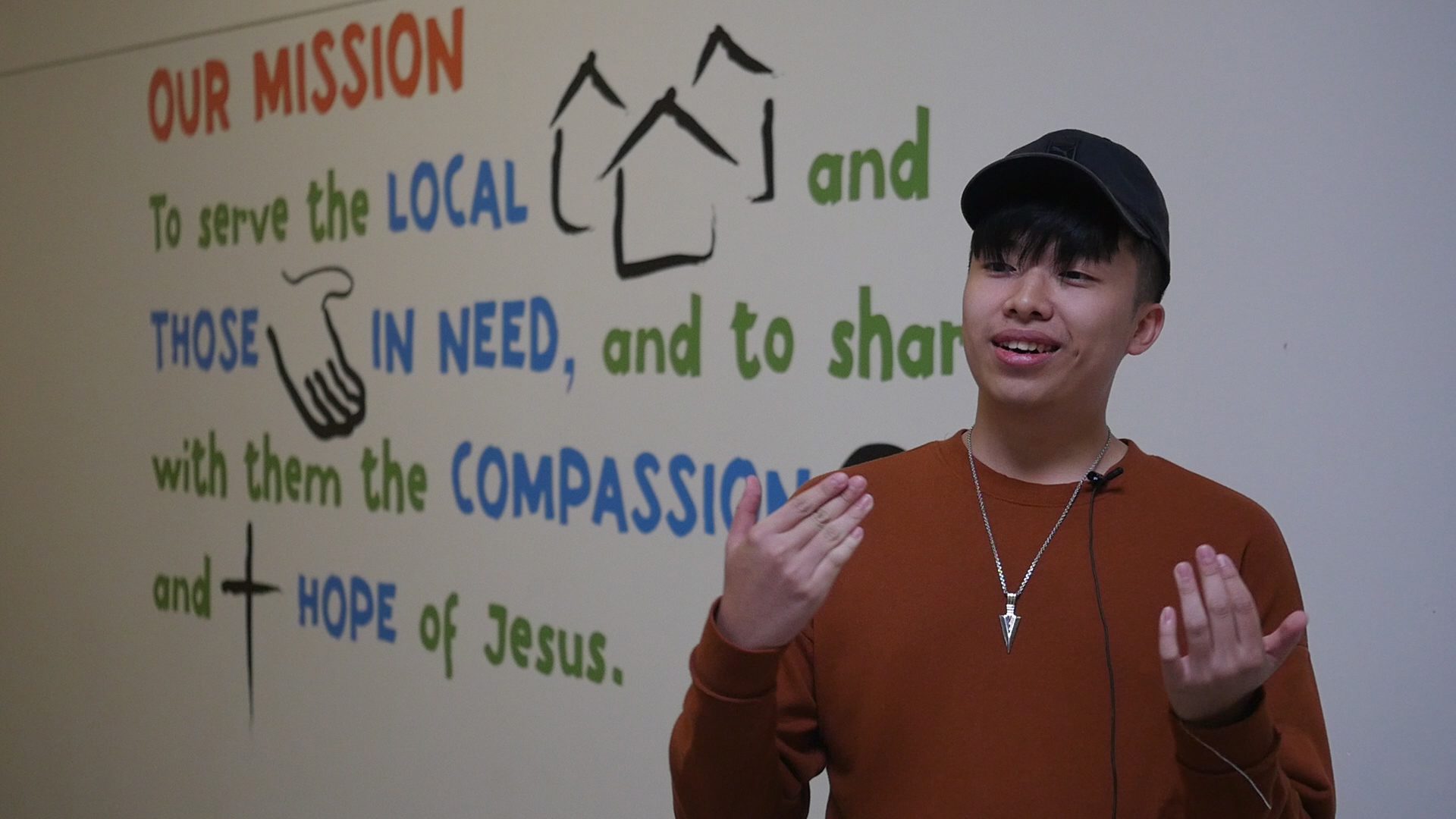 Konichiwa! Bonjour! Harrison, an exuberant 18-year old, playfully greets others at 105 Gibson Centre. He is active and sporty, with basketball, soccer, badminton, volleyball and pingpong on his schedule. But his real love is acting, photography and videography – two years ago he had even produced a video for A Meal Together where he felt he matured much during his time there.

He was invited to join AMT two years ago when he was a newcomer to Canada. To him, it was a good opportunity to meet new friends, learn about Canadian culture and to help others. Being an extrovert, he quickly befriended others and he even asked his friends to come. By the end of his two years, 105 Gibson has become his second home.

Now he is in university, studying drama. He felt that AMT had prepared him for school through the interactions with people from different ethnic backgrounds. His multicultural friends taught him about their food, culture, manner, language, ways of talking and religion. This has enriched his acting skills when he needs to act as a person from a different culture.

AMT also taught him many life lessons. By helping in the kitchen and mingling with others, he learned about teamwork, communications, problem solving, independence and even cooking. He welcomed newcomers at AMT just as he was welcomed two years ago. He had been mentoring others to fill his role before summer ended.

He strongly encouraged young newcomers to expand their social circle beyond their comfort zone. “You’re in Canada already and it’s meaningless if you chill with people from the same culture. Try new things or volunteer. AMT is the perfect place to explore opportunities. You may not succeed at first but you’re not going anywhere if you’re not taking this step.”