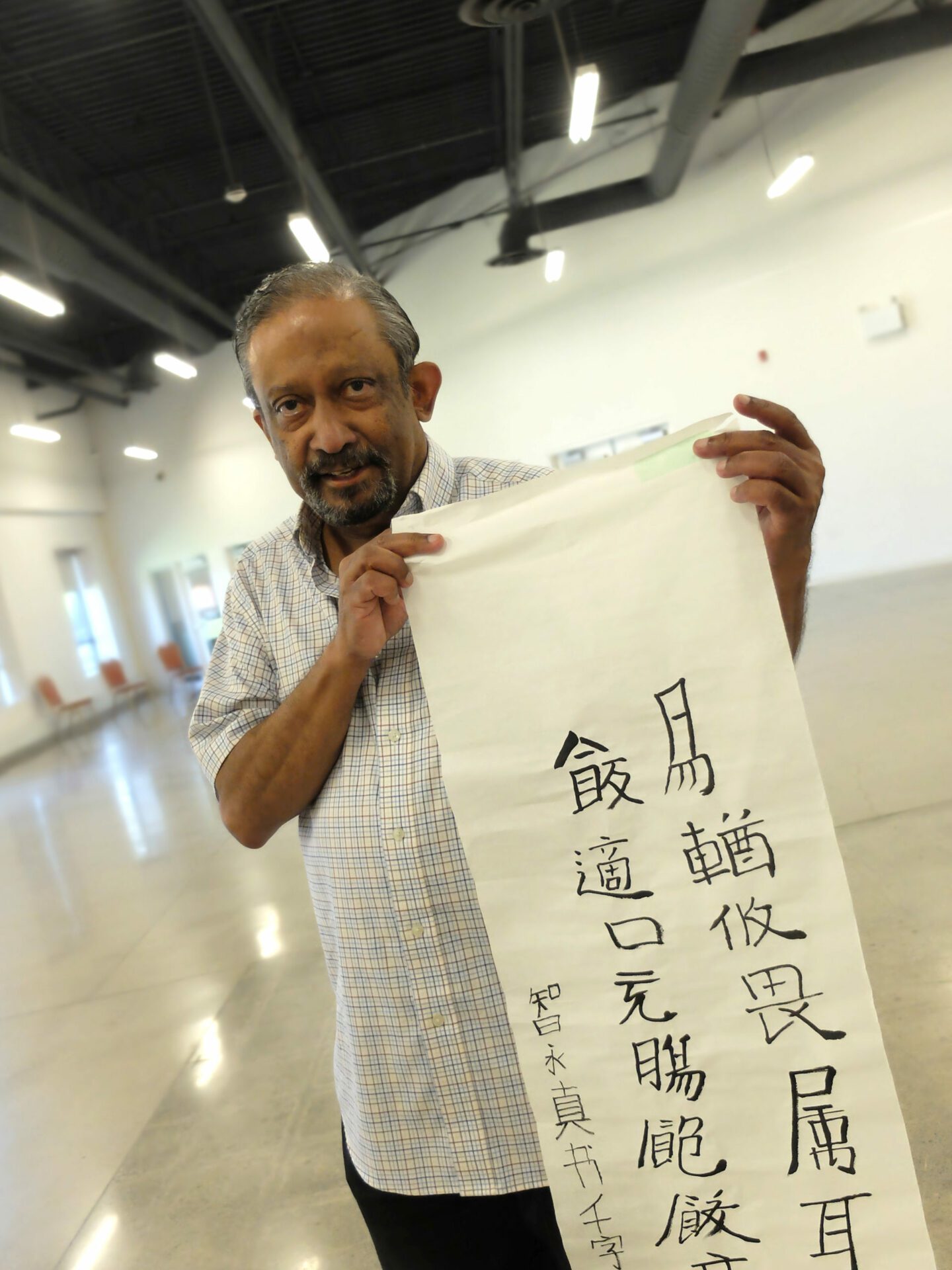 Donald originally came from Mangalore (formerly Mangaluru, “luru” meaning “place” in the Indian Kannada language) after studying law there and also living in Adu Dhabi for some time. 14 years ago he and his wife immigrated to Canada and settled down in Scarborough for their retirement life.

She encouraged him to participate in more activities and he also wished to expand his social circle to meet more people. Thus, he enrolled in various Abundant Life Program classes such as Chinese painting, line dance, tai chi and Mandarin, which is his tenth language!

The cultural difference at 105 Gibson does not bother him at all after having lived in Scarborough for many years. In fact, he is excited that he can practice Mandarin with his classmates instead of practising by himself with linguistic software. Now Donald spends about six hours each week at the Centre. He has established a network of friends and they meet for dim sum at the end of the term. Since his initials are DD, they call him DeeDee, and he signs his Chinese paintings with the Chinese character for DeeDee as well.