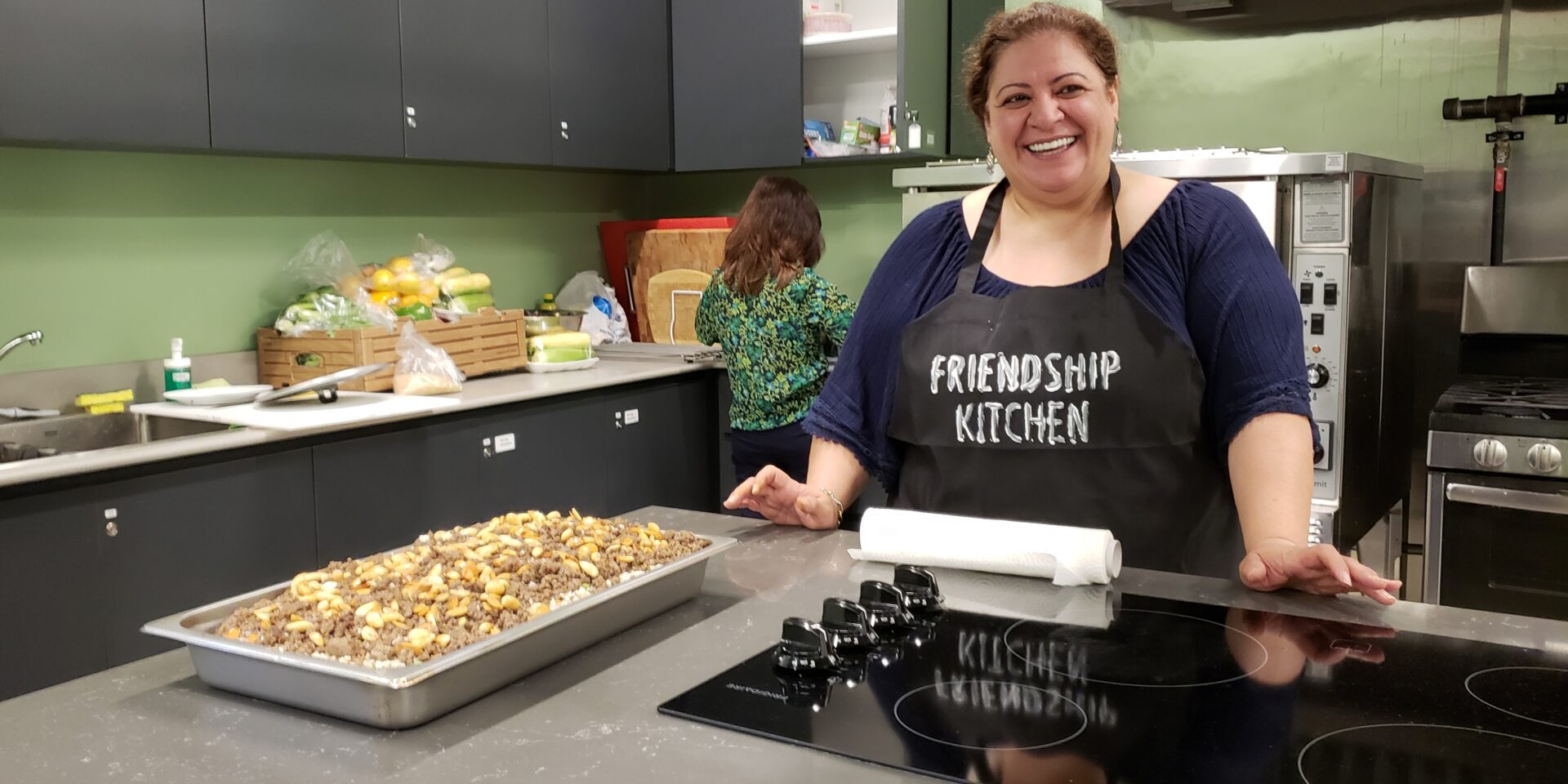 Ani is a happy lady from Syria and always has a big smile on her face. She knows deeply that God has called her to serve in Canada and by combining her experience and passion, she had found the perfect opportunity and platform to serve Syrian women who are trying to integrate into the Canadian culture.

Ani had experienced joy from serving in the Bible Society in Damascus despite endless wars and living away from her family for five years. She later immigrated to Canada as a sponsored refugee. As she loves food and is passionate in cooking, she started a home-based catering business while continuing to explore a serving platform.  She was later introduced to the 105 Gibson Centre and after much discussions, the idea of Friendship Kitchen took shape. Using the Centre’s kitchenette and connecting with other Syrian women through the food bank and also a few women from different churches, the Centre officially launched the Friendship Kitchen in July, a weekly cooking class aiming to build friendship and share our life and faith with the attendees.

Understanding the conservative culture from which these women came, Ani had tactfully used food as the common ground to build friendship and to encourage conversation. During the seven weeks, she was able to share some bible stories which were also mentioned in the Quran and engage them in conversations. They had fun cooking and sharing dishes from both the Arabic and Chinese cultures such as manti, mujadara, tabbouleh, baklava, wonton, red bean paste and spring rolls. Over the course of seven weeks, the women have bonded closer as friends with a deeper understanding and appreciation of each other’s cultures. Nothing is impossible with God and cultural divide can be brought closer through Him.